It was a blank day. Constant snow fall, white roads, white fields, no visible rubbish. No food for the brain. 5 hours of silent walking.

The whole day was white, exept for that short moment when I entered a pub and half of the male village population talked about this and that. But like always, as soon as they saw me, silence broke out. I ordered a tea and it came in the most tiny cup I have ever seen. The teabag almost didn’t fit in it and when I took the first sip which was half of the cup anyway, even the taste of it was so awful, I simply couldn’t drink it. I don’t know where they took the water from. However, this cup of tea was a slap in the face. I would even say it was a declaration of war. I left that place after 3 minutes. And for a short moment I thought about running the last 80 miles to Calais and through the Euro Tunnel for a nice pot of delicious tea in England. 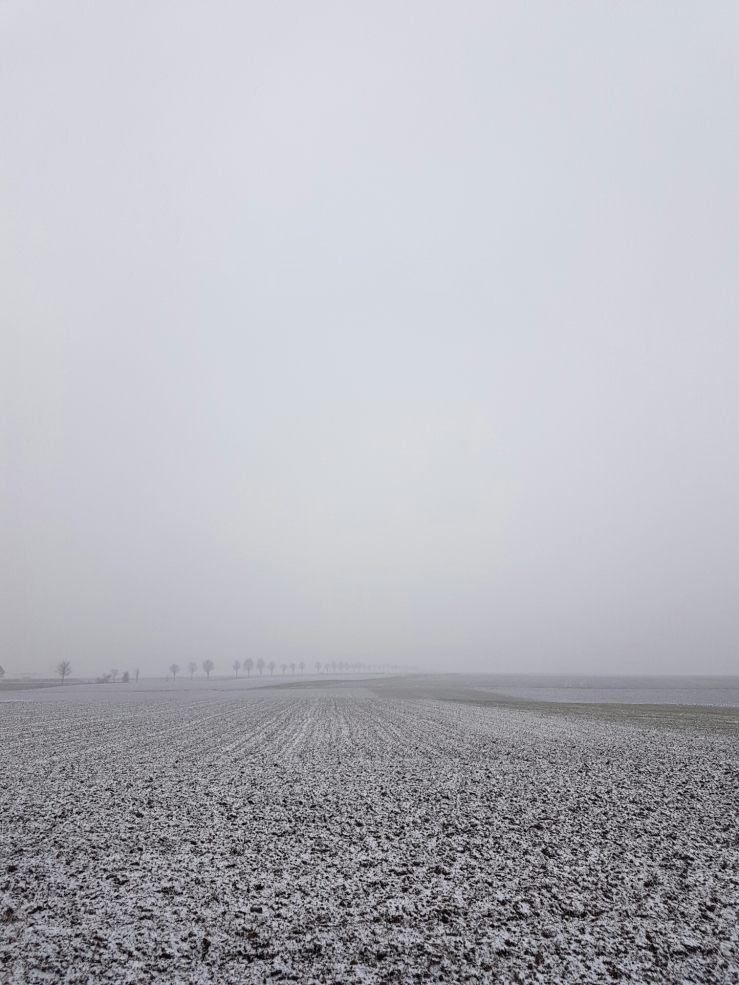 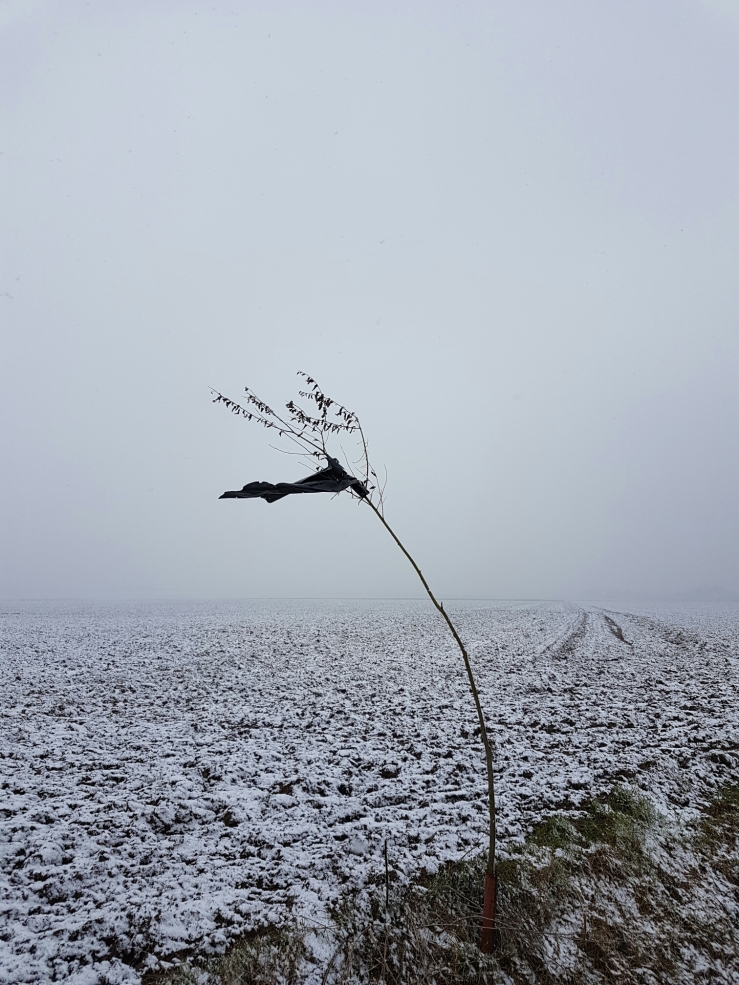